According to Boston25, Boston Police Officer Steve Horgan, better known to many as “Bullpen Cop,” retired Saturday after 33 years of service.

Horgan is known by many Red Sox fans for his memorable celebration in the team’s bullpen during David Ortiz’s grand slam in the 2013 American League Championship Series. 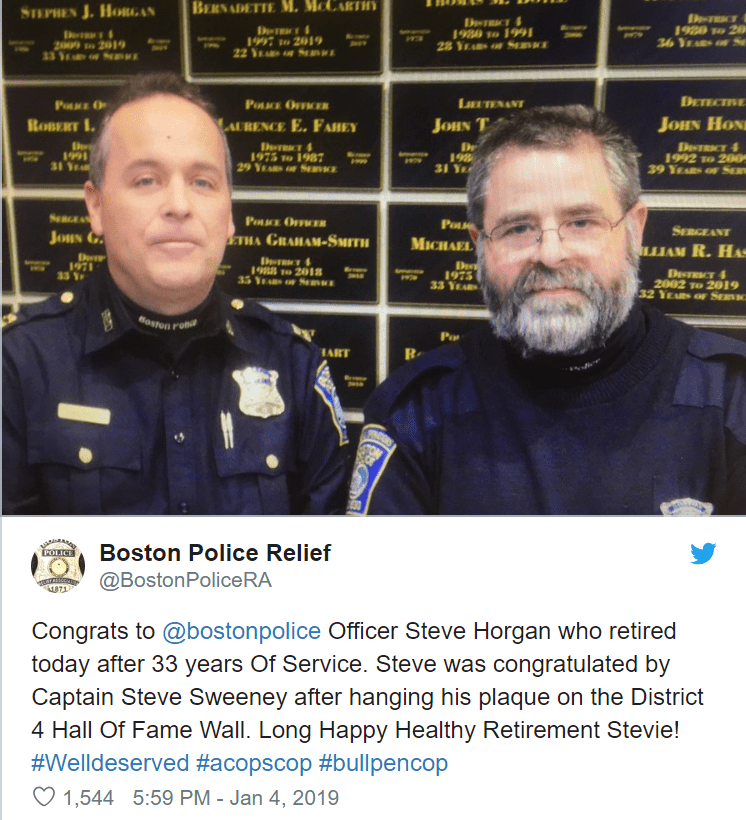 He was congratulated by Captain Steve Sweeney after he hung his plaque on the District 4 Hall of Fame Wall Saturday afternoon, signaling the end of his long, successful career.