The bitter cold in the Midwest has caused one police department to take action by arresting the ice queen herself — Elsa.

In a viral Facebook post, the McLean Police Department in Illinois jokingly said that due to the extreme cold, officers have placed Elsa under arrest with no bond until further notice. 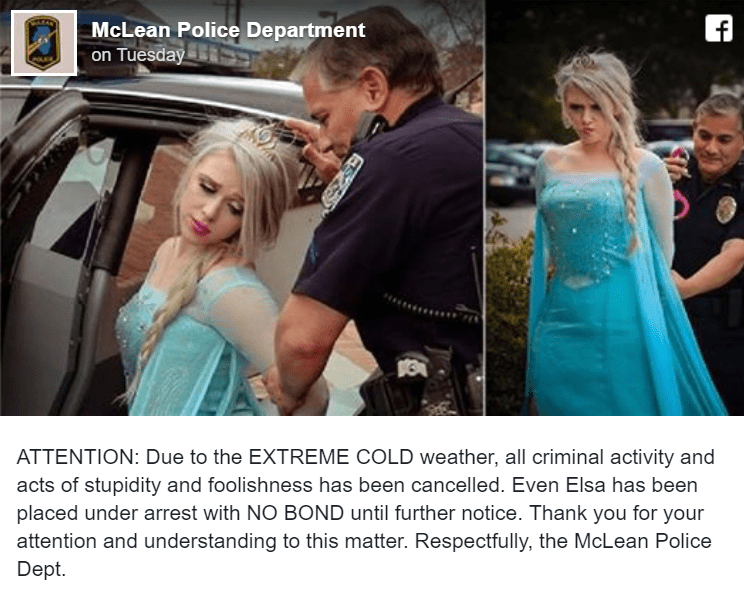