An Open Question To Ohio’s Elected Representatives:
Why Did The State Of Ohio Betray* Its
Retired Public Safety Veterans?

Law Officer recently published a heart breaking email written by the wife of a now retired and disabled Ohio Firefighter. If you are not familiar with this case, you need to start by reading it here: The Tragedy For Ohio First Responders. This letter outlines just one horror story of the result of Ohio’s betrayal of its Retired Public Safety Veterans, when they dropped them from the healthcare they were promised when they were new hires. The photo below depicts the Pension Plan booklet distributed by the Police and Firemen’s Disability and Pension Fund of Ohio (now known as OP-F) in the early 1980s, to then young, newly hired police officers and firefighters. As you can see, it specifies the “Healthcare Insurance After Retirement” that they were to receive in exchange for their lifetime of service. If you can logically interpret this to mean something other than exactly what it says, we would like to hear from you. Click Here To Send Email to Law Officer

For the record, there are Retired Public Safety Veterans from Ohio, that have lost their doctors, hospitals, and coverage for cancer and other life-threatening diseases, that are probably going to die as a result of this heartless change.

While Law Officer will agree that terms of employment can be changed at anytime for employees before they are hired, abandoning retirees after their end of the employment agreement has been long fulfilled is, IOHO, unconscionable, immoral, and reprehensible. We also don’t think that Ohio’s Elected Representatives have considered the chilling (more like ice-age) effect this will have on being able to hire new generations of Ohio firefighters and police officers. After everyone becomes cognizant that the State of Ohio can, will, and has cut promised benefits for Public Safety Veterans years after they’ve retired, the days of hiring anyone close to being “The Finest” will be over; as the finest will go to other states that are trustworthy and won’t pull back on promises made to them.

Law Officer is anxious to give any of Ohio’s Elected Representatives editorial space for a rebuttal or explanation as to why they are allowing this betrayal to occur, and particularly to answer the following questions:

How can the State of Ohio think its “okay,” in any sense of the word, to renege on promises that were made to young police officers and firefighters in their Pension Plan Booklets, who are now retired public safety veterans?

OP-F’s spokesman has gone on record with the media claiming that healthcare insurance after retirement was never promised. Law Officer, vehemently disagrees. If it wasn’t a promise, then why was “Healthcare Insurance After Retirement” listed so prominently in the Pension Plan booklet? If it wasn’t a promise, why was it listed as part of the pension plan at all? 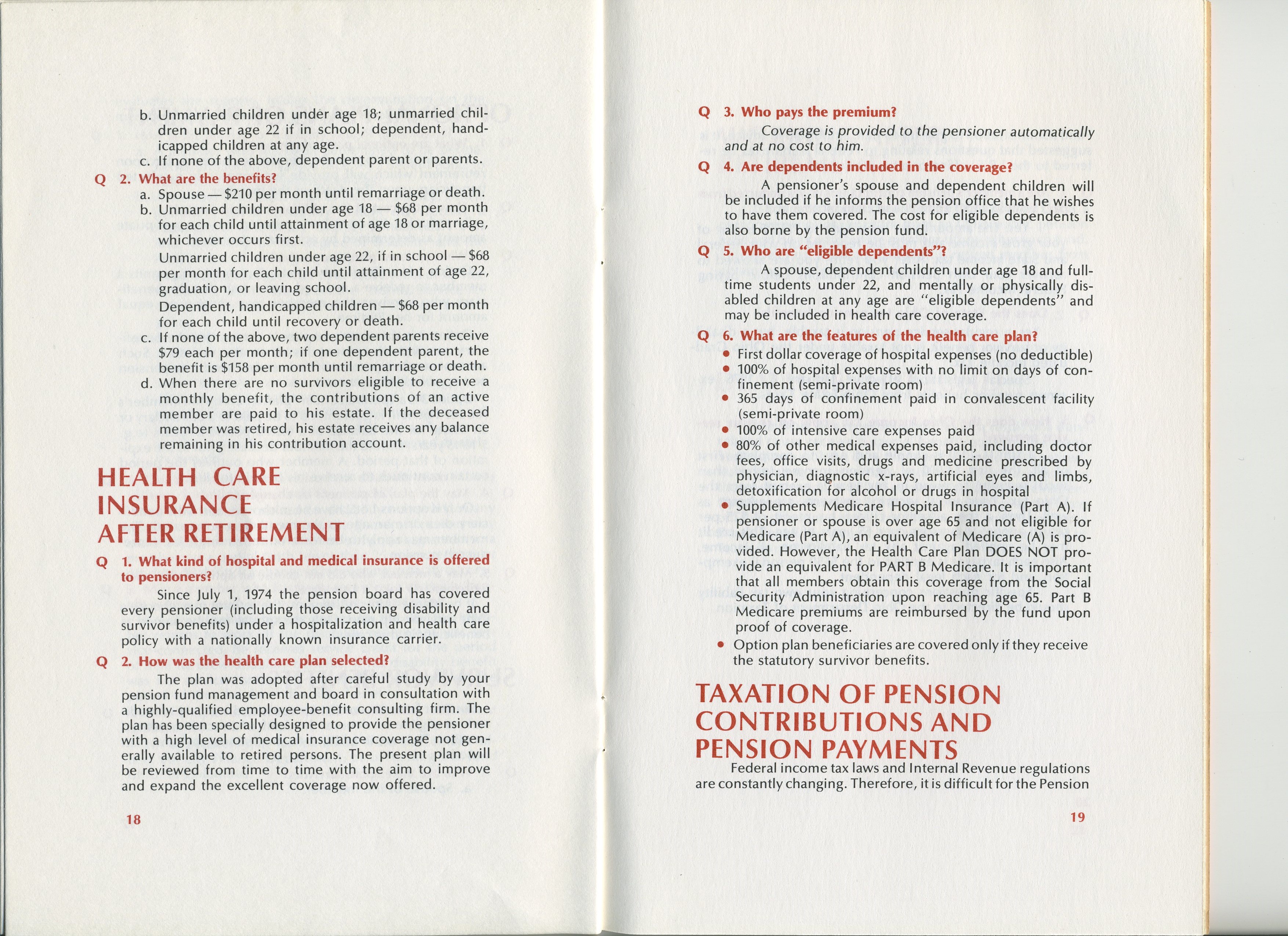 Or was that listing of “Healthcare Insurance After Retirement” in the Pension Plan booklet, just used as bait to entice thousands of young people to take Ohio public safety jobs where they sacrificed their weekends, holidays, and nights off, while working in weather and conditions that few would venture into? Those retirees risked their lives daily, and faced levels of misery that are far beyond a human’s normal coping ability, in exchange for the promise of the benefits outlined within the Pension Plan Booklet. Now, the State of Ohio reneges on those promises, years after the Retired Public Safety Veterans have fulfilled their end of the agreement. If it was just “bait,” isn’t that the textbook definition of fraud?

If “Healthcare Insurance After Retirement” was not intended to be a promise, then why was the entire retirement system set up with Ohio’s police officers and firefighters paying exclusively into the State’s pension plan, instead of paying into Medicare? That exclusivity makes them ineligible for the Part A Medicare benefits they would have otherwise had. Now, they will be forced to pay thousands of additional dollars annually for that coverage.

Why doesn’t Ohio’s Elected Representatives pass legislation to provide funding to fulfill the promise of “Healthcare Insurance After Retirement?” Why not start a First-Responder Lottery Game, with proceeds going to the OP-F healthcare fund? There are numerous ways to fulfill the promises made to these retirees. If Ohio’s Elected Representatives fail to step up and keep the promises made to these retirees, they need to consider the ramifications of the next question.
Doesn’t this betrayal of Ohio’s Retired Public Safety Veterans place the State of Ohio’s honor, integrity, reputation, and trustworthiness at great risk? In addition to the aforementioned problem of the hiring of future police officers and firefighters, if Ohio’s Elected Representatives allow the reneging of promises made in writing to its Retired Public Safety Veterans; why would a business (or anyone) that is considering moving to, or doing business with Ohio, believe any promises made to them by anyone representing the State? The question lingering in everyone’s mind will be a serious one. “If the State of Ohio will casually abandon their retired PROTECTORS, what would they be willing to do to me?”

Once again, Law Officer is actively requesting any of Ohio’s Elected Representatives to please respond to these questions, we will provide editorial space for your responses. Click Here To Send Email to Law Officer

Law Officer readers: please tweet, tag, and share this article to Ohio Elected Representatives, and all media outlets nationwide. This story needs to be shared, and your fellow veteran officers need your backup in doing so.

As a general rule, Law Officer does not engage in political endorsements. However, this betrayal is such a repulsive act that we will not remain silent. If you are an Ohio Elected Representative, and “can’t” or won’t do anything to fulfill the obligations you inherited when elected, then it is Law Officer’s opinion that Ohioans need to look to 2020. They may need to elect an entirely different set of representatives that can & will, uphold the promises that were made to Ohio’s Retired Public Safety Veterans. As we stated in the first article concerning this betrayal: “It is this story and the many more that we have heard that will drive us to make sure that every single person responsible for this tragedy will be held accountable within the public eye.”

If you would like further information on Ohio’s unbelievable betrayal of their Retired Public Safety Veterans, you can click on the links below for Ohio media coverage. These are listed in reverse, chronological order.

Members of pension fund for retired Ohio police, firefighters say leadership set them up for slashes

Health care stipends not yet available to retired first responders

The post The Betrayal Of Ohio’s Heroes appeared first on Law Officer.