NEWARK, N.J. – A New Jersey man was arrested Sunday after police say a video appeared on social media appearing to show the suspect urinating on an unoccupied Newark police SUV. This reportedly occurred while a crowd cheered him on.

Tauqeer Boyd, 22, the man allegedly seen in the video shot Saturday night, appeared to relieve himself on the marked police unit parked outside the CityPlex 12 movie theater, the Newark Department of Public Safety said in a statement. Boyd was arrested at his home just hours after citizens alerted police to the video.

“We absolutely will not tolerate disrespect of our police,” said Newark Public Safety Director Anthony F. Ambrose. “We take this as a personal insult. When our department became aware of this, we moved quickly to apprehend the suspect.” 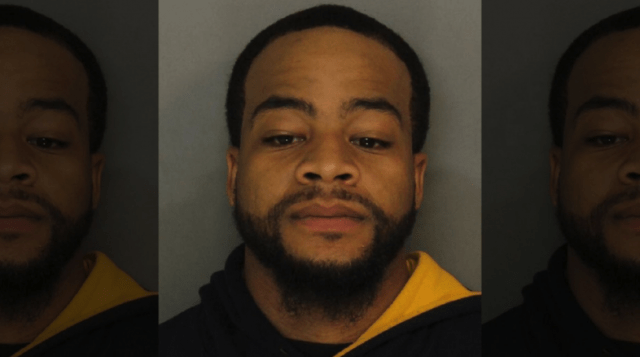 The man who apparently sought crowd admiration with his lack of self-control was charged with lewdness, criminal mischief and disorderly conduct, according to police.

The West Orange native was previously arrested in October for burglarizing a police cruiser parked outside Hoboken Police Department, police said. Boyd and another man had rummaged through the car, throwing two summons books on the ground and unzipping a Narcan kit, reported Fox News.

Ambrose said that the public bringing the video to the attention of police shows that “mutual respect” between authorities and citizens of Newark is building.

The post Police have final say after man entertains crowd by urinating on police cruiser appeared first on Law Officer.