MINNEAPOLIS – Ex-Minneapolis police officer Mohamed Noor was sentenced on Friday to 12 and a half years in prison for the fatal 2017 shooting of Australian bride-to-be Justine Ruszczyk Damond.

The July 15, 2017, shooting occurred after Ruszczyk Damond called 911 to report a possible sexual assault in an alley behind her home.

When police arrived, Ruszczyk Damond approached the driver’s side of the patrol unit, and Noor, who was in the passenger’s seat, shot her through the open window on the driver’s side, prosecutors said.

In April Noor was convicted of third-degree murder and manslaughter, ABC News reported. He was found not guilty of second-degree murder.

Speaking in court before the sentence was read, Noor said that he had felt “fear” as he pulled the trigger. But when he saw Ruszczyk Damond on the ground, “I knew in an instant that I was wrong.”

“I caused this tragedy and it is my burden,” he said. “I wish though that I could relieve that burden others feel from the loss that I caused. I cannot and that is a troubling reality for me. I will think about Ms. Ruszczyk and her family forever. The only thing I can do is try to live my life in a good way going forward.”

Don Damond, Ruszczyk Damond’s fiancé, said in an emotional victim impact statement that the day of her death was “the last time I felt a sense of happiness, a sense of trust and that everything could be OK.”

“How do I sum up the pain, the trauma, of these last 23 months… How can I provide the court the impact of a lost future? What would have potentially been 30 to 40 years filled with love, with family, with joy, with laughter,” he said. 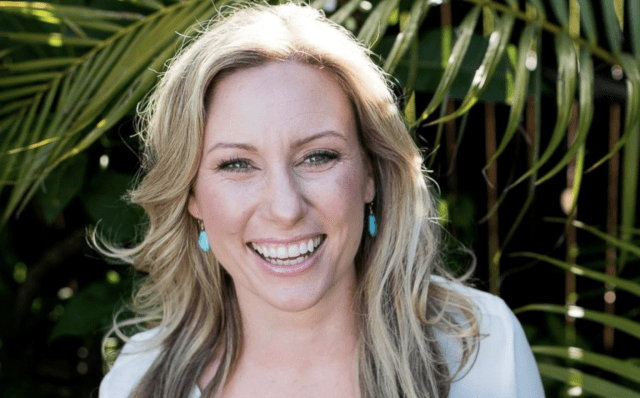 John Ruszczyk, Ruszczyk Damond’s father, requested that Noor be given the maximum sentence, and said, “I’ve lost her love, her joy and her laughter.”

Noor had been on the job for two years at the time of the shooting. He previously pleaded not guilty to the charges against him.

However, prosecutors argued that the ex-officer had abused his authority to use deadly force and that here was no evidence of a threat when Noor fired.

Noor’s lawyers maintained at trial that Noor “acted as he has been trained” and that he should never have been charged with a crime.

“The narrative behind this tragedy really began long before the events that occurred in that alley,” Noor’s defense attorney, Thomas Plunkett, said on Friday. “Ms. Ruszczyk was doing her civic duty, she didn’t deserve this.” But he said that the fear that exists between police and members of the public was behind what happened that night.

“A prison sentence only punishes Mr. Noor for a culture that he didn’t create,” Plunkett said.