“No dice, ICE.” That is essentially the word from big city chiefs and mayors as they refuse to assist agents trying to enforce federal immigration law.

Based upon those sounding off, federal immigration agents shouldn’t expect cooperation from local authorities when they begin a mass roundup of migrant families with deportation orders, an operation slated to begin Sunday at the direction of President Trump.

Several elected officials in cities expected to be targeted by U.S. Customs and Immigration Enforcement (ICE) have either condemned the impending arrests or said they won’t allow local resources to be used to assist the federal agents, Fox News reported.

The operation is expected to target 2,000 families in up to 10 cities, including Chicago, Baltimore, New York, Houston, Los Angeles and Miami. On Monday, President Trump announced via Twitter that ICE would be “removing the millions of illegal aliens who have illicitly found their way into the U.S.”

Next week ICE will begin the process of removing the millions of illegal aliens who have illicitly found their way into the United States. They will be removed as fast as they come in. Mexico, using their strong immigration laws, is doing a very good job of stopping people…….

Chicago Mayor Lori Lightfoot said in a statement that the city has taken steps to support immigrants families, and that ICE agents would get no assistance from the city, according to the report.

“I reiterated that CPD will not cooperate with or facilitate any ICE enforcement,” said the first-term mayor. “I have directed – and Superintendent [Eddie] Johnson has confirmed – that CPD has terminated ICE’s access to CPD’s databases related to federal immigration enforcement activities.”

“Los Angeles will always stand with our immigrant brothers and sisters, and our law enforcement officers will never participate in these actions,” Garcetti said in a statement. “No Angeleno should ever have to fear being snatched from their home or separated from their loved ones — and we are doing everything we can to provide immigrant families with the information and support they need.” 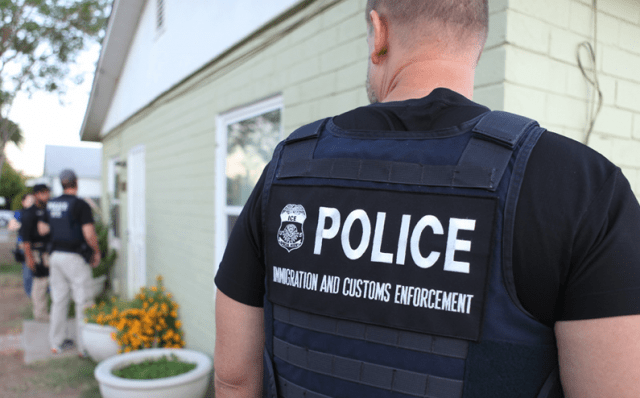 “I want Californians to know they have legal rights and protections, regardless of their immigration status,” said Newsom. “California is a place of refuge – that includes our schools, our courts and our hospitals and clinics. We hold certain institutions sacred and people should continue to access programs and services they need.”

Immigrant advocates are warning families about the planned arrests and what resources are available to them.

The Office of Immigrant Affairs in New York tweeted a link Friday advising immigrants of their rights in light of Trump’s directive, reported Fox.

Houston Police Chief Art Acevedo is no fan of the federal procedures. He said the arrests could impede law enforcement efforts in the future.

“It instills fear,” Acevedo said. “We rely on the cooperation of that population to keep all Americans safe, all residents safe, and all members of society safe. … When you say you’re going to go arrest millions of people, that has a chilling effect on the cooperation.”