LOS ANGELES – The three suspects arrested in connection with the fatal shooting of an off-duty Los Angeles police officer at a taco stand in Lincoln Heights last month have been identified, authorities said.

The suspects were arrested Friday in Riverside, Murrieta and Temecula in connection with the July 27 slaying of Officer Juan Jose Diaz, reported the Los Angeles Times. 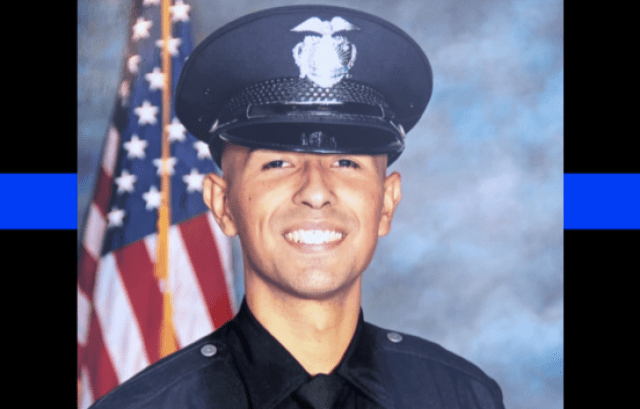 The three — two men and a woman — were identified as Francisco Talamantes, 23; Cristian Facundo, 20; and Ashlynn Smith, 18, the LAPD said late Friday. All three are residents of Temecula and were arrested on suspicion of murder with gang enhancements, police said. As a result, they are being held without bail.

The arrests “represent significant steps on the road to justice for [Officer] Juan Diaz, the others who were with him that night and his entire family,” said LAPD Assistant Chief Beatrice Girmala.

LAPD detectives had been working nonstop but finally got a break this week when they learned the identity of the person believed to be the triggerman, according to the report.

Using surveillance by plainclothes detectives and intelligence, Robbery-Homicide Division detectives were able to track the location of those believed to be involved in the shooting, LAPD sources said.

SWAT teams and Metropolitan Division officers were then brought in to help take the suspects into custody Friday morning.

The circumstances leading to Diaz’s shooting began when he confronted a tagger near the taco stand, law enforcement sources said. The tagger left the scene but later returned with a group of young men and began threatening the 24-year-old, his girlfriend and her two brothers. Moreover, during the confrontation one of the men lifted his shirt to reveal a handgun.

Diaz, who was off duty, and his group tried to hurry to their car and drive away to avoid a violent showdown, a source said. As they got into the vehicle, the gunman opened fire, fatally wounding Diaz and injuring one of his girlfriend’s brothers.

The triggerman claimed allegiance to the Avenues, a once-powerful gang that has lost its grip on the neighborhood in the last decade, and said Diaz and his group were in its territory, a law enforcement source said. The suspects taken into custody were Avenues gang members, according to a source familiar with the arrests.

Diaz was a two-year veteran of the department and was assigned to the Professional Standards Bureau. He will be laid to rest Aug. 12.