FALL RIVER, Mass. – The mayor of an old mill city in Massachusetts who was recalled—then reelected—over fraud indictments was arrested Friday for “extorting marijuana vendors for cash,” prosecutors said.

Massachusetts District Attorney Andrew Lelling slammed Fall River Mayor Jasiel Correia II as corrupt after the 27-year-old was accused of bribing marijuana vendors out of hundreds of thousands of dollars in cash, contributions, gifts and even pot while in office in exchange for business opportunities, according to MassLive.com.

“When it comes to public corruption in Mass., this office is the primary deterrent. I take that seriously, and we will continue to aggressively pursue corruption in local, city and state governments,” Lelling said at a press conference.

Three other defendants connected to the case accepted please deals after court documents obtained by MassLive.com showed a quid-pro-quo between them, the Democratic mayor, and interested vendors.

They all face charges of aiding and abetting extortion and conspiracy to commit extortion. 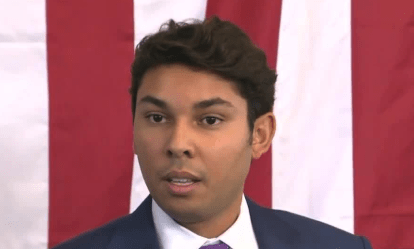 For Correia, this is the second time he has been arrested by federal agents after he was previously accused of filing false tax returns and stealing $231,447 from investors to fund a lavish lifestyle.

The mayor, who was first elected in 2015, pleaded not guilty in U.S. District Court to charges of wire fraud and filing false tax returns. When he refused to step down, about 4,500 Fall River voters signed a petition to force a recall vote.

He was recalled but then reelected in March. He is set to appear before a Magistrate Judge Friday afternoon.