SOLON, Ohio – A police unit belonging to the Solon Police Department on Monday “decided to catch on fire,” the police agency wrote on its Facebook page.

The cruiser was parked at Orchard Middle School on Som Center Rd.

Police said, due to ammunition “exploding” in the vehicle from weapons inside the police SUV, children at the school were moved to the gym area on the other side of the building.

Police released video of the cruiser on fire; they also released body cam video in which you can hear some of the ammunition exploding. 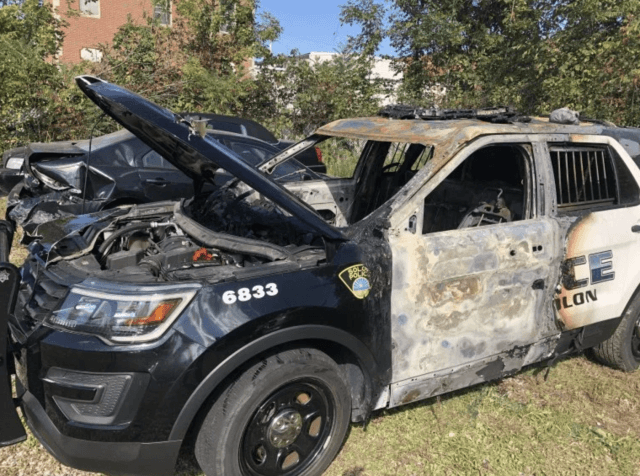 Fortunately, there were no injuries as a result of the auto fire, Fox 8 reported. Although the agency mentioned ammunition “exploding,” they did not identify the originating source of the fire in the police unit.