MOUNT SHASTA, Calif. – A Northern California man has been arrested on suspicion of killing four people after he showed up at a police station with a body in his car.

Authorities in Mount Shasta say Shankar Hangud, 53, walked into the lobby of the police department Monday afternoon. The man told officers he had killed four people at his apartment in Roseville, more than 200 miles away, reported USA Today. 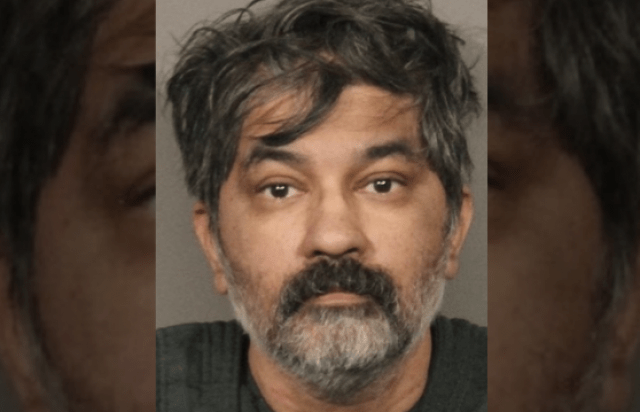 Moreover, one of the victims was in his car, police say.

As a result, Roseville police went to the suspect’s apartment and found three more bodies. Consequently, search warrants were obtained for both scenes in Roseville and Mount  Shasta.

Police said yesterday they believe the four homicide victims were his family members. However, Roseville police Capt. Josh Simon would not say whether the four people who were killed were immediate family members or distant relatives.

Two of the victims were minors and two were adults, but Simon did not provide the victims’ ages, according to the report.

“Nothing comes to my mind that I can think back and remember anything of this magnitude happening in the city of Roseville,” Simon said.

Detectives believe the four murders occurred over a period of several days, he said. He did not say how the four people were killed but said it wasn’t likely they were shot.

“I don’t have any knowledge that there were any firearms located at any of the crime scenes,” Simon said.

“We’re still working to put that timeline together,” Simon said. ”We can confirm the victim he had in his vehicle in Mt. Shasta was an adult male of East Indian descent.”

Detectives have interviewed Hangud, but they have not determined a motive, according to authorities.

Tax records showed the Northern California man faced an IRS tax lien of $178,00. His only prior interaction with law enforcement in Placer County was for speeding in 2016, the Sacramento Bee reported. Hangud’s LinkedIn profile shows he is a data specialist and had worked for several companies in Sacramento and the Bay Area, reported the Los Angeles Times.

Simon asked members of the public to contact the Roseville Police Department if they recently saw Hangud’s red Mazda 6 sedan or if they know the family.