FORT WORTH, Texas – Fort Worth police Chief Joel Fitzgerald has been ousted from the city’s department after an incident in Washington, D.C., that city officials said was the straw that broke the camel’s back.

City Manager David Cooke announced the firing at a news conference Monday afternoon, saying that he and others had reached the decision after “determining what is best for the city of Fort Worth and the Fort Worth Police Department.” 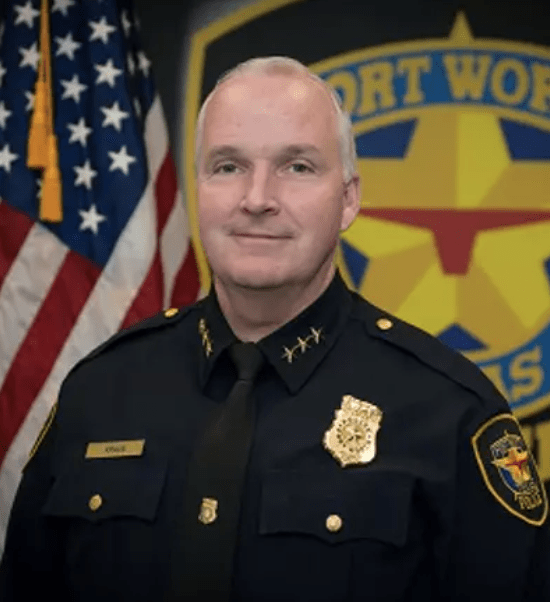 “These decisions are never made lightly, and I am confident we have reached the right conclusion for both our citizens and our police officers,” Price said in a written statement. “Our citizens deserve a police chief who is committed to building relationships in all communities, by furthering trust and transparency.” 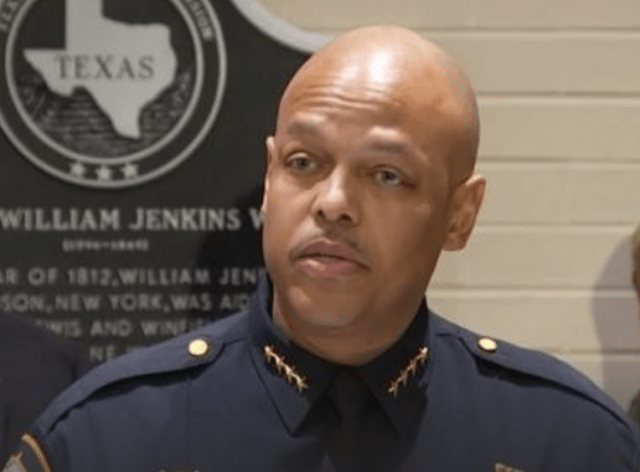 Fort Worth police Chief Joel Fitzgerald has been fired after an incident in Washington, D.C., that city officials said was the straw that broke the camel’s back. (Screenshot NBCDFW)

Fitzgerald, 48, was kicked out of the Combined Law Enforcement Associations of Texas earlier this month after the state law-enforcement union found out he’d joined without being a member of the local union, as is required.

Several days later he reportedly got into a heated discussion with Austin police Sgt. Todd Harrison, the president of the state union, at an event in Washington, D.C., the Fort Worth Star-Telegram reported.

Manny Ramirez, president of the Fort Worth Police Officers Association, said he had to step between the two men on stage after an awards banquet May 12 where two Fort Worth officers were honored.

“Everybody that was on that stage, every Fort Worth officer that was on stage, was shocked and embarrassed by what happened,” Ramirez told the newspaper.

From his perspective, Fitzgerald denied acting unprofessionally at the event.

Cooke said at Monday’s news conference that the confrontation on its own was not the cause of Fitzgerald’s firing but that it was the last in “a culmination of items” that brought his judgment, leadership and commitment into question.

Cooke said he and Chapa had been “working with the chief on some issues” since Fitzgerald’s aborted bid to become Baltimore’s police commissioner.

In November, Baltimore’s then-Mayor Catherine Pugh announced that Fitzgerald had been selected as the sole finalist for that role, calling him the best “choice to lead Baltimore City’s crime fight.”

But he withdrew his name from consideration in January after a Baltimore Sun article indicated that he had overstated some of his accomplishments during his three years in charge of the Fort Worth Police Department.

According to the report, Fitzgerald’s résumé claimed a sharp reduction in violent crime in Fort Worth. While thefts and burglaries had decreased since he assumed office, according to FBI data, rapes, homicides and aggravated assaults had risen.

Fitzgerald also claimed that he had instituted the largest body-camera program in the state, according to The Sun, but the city’s program existed before he became chief and the Houston Police Department appears to own hundreds more of the cameras.

He recently told WFAA that he planned to stay in the city “for the rest of my career.”  So is this the fortuitous end of his career or a statement that is simply no longer accurate?