The human body has quite a reaction to life and death experiences. I will leave it up to medical doctors and psychologist to explain each one. But as I read through David Klinger’s, Into the Kill Zone; A cop’s eye view of deadly force, I took notes. Each response was unique to the specific circumstances and personalities involved. But there were common threads experienced by 80 officers interviewed following fatal encounters.

For most cops, this is nothing new, but I think you’ll still find the list interesting. I also hope friends and family members become aware that these things really happen to those involved in shootings and other critical incidents—regardless of physical and mental toughness!

1. Moments of black out were common.

2. Unexplained movement (lack of memory) from one place to another is not unusual.

3. Action was in slow motion.

4. Event seemed to be an outer body experience—like a dream.

5. Did not hear their weapon fire, even high-powered rifles shooting in areas that produced an echo.

6. Fired more rounds than they remember.

7. Surprised when the suspect(s) did not stop once struck by gunfire.

8. There was no time for critical thinking, just swift reaction.

9. Because of tunnel vision during the actual shooting, much of the bigger picture was undeveloped. As a result, there was a huge need to have gaps filled in once the investigation was complete.

10. Officers frequently thought they missed, even when accurately hitting the suspect(s) with their rounds.

11. Differing perspectives by officers involved are the norm, not the exception.

12. Regret for missing warning signs and/or decisions made is common.

14. Wide range of emotions are not unusual and may include: 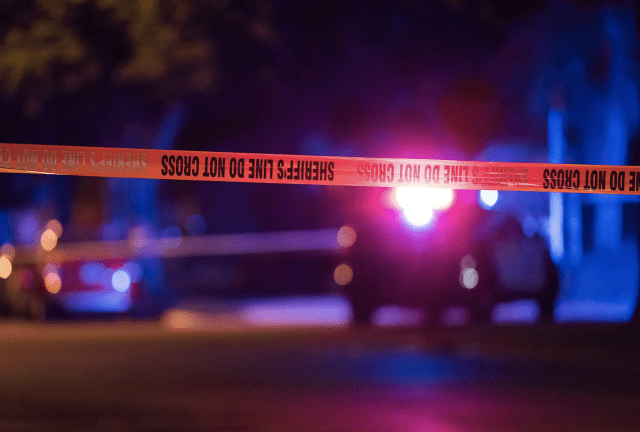 I was involved in a fatal shooting in 2002. I share my experiences with trepidation. I do not want anything I write to be viewed as smugness, but the humble relay of information. This incident is not a trophy in my war room, but a memory of the pain sustained by two families—mine, and that of the deceased. During my incident, I experienced the following:

Returning to Klinger’s work, when the officer was wounded during the exchange of gunfire, he/she described being hit like this:

15. Burning sensation—like they were on fire.

19. Similar to being burned with a cigarette.

Many officers believe there was divine intervention during their deadly encounter.

20. They mentioned the presence of guardian angels.

21. Pictures of loved one’s flashed into their thoughts.

22. There were unexplained circumstances described as miracles.

I believe God spared my life, as I experienced unexplained circumstances that led to my survival.

I do not share these details to glorify the taking of a life. I share them because so many people have opinions regarding officer-involved shootings. But most of these beliefs are misguided. There are physiological and biological realities that are never discussed during news stories.

These factors have a bearing, and offer explanations, regarding circumstances that might appear unexplainable. These factors are not restricted to shootings either. Cops become involved in life changing events every day, and these responses are not unusual. That is why peace officers feel slighted when the human element is missing from the public conversation.

I was fortunate. The only long-term side effect I experienced was regret that I was never allowed to return to speak to the mother of the deceased. I asked for permission to return at successive anniversaries, only to be told “there is no statute of limitations on civil rights violations.” At the fourth anniversary, I once again asked to return to speak with the mother. I was sent to see the psychologist instead. He asked, “Jim, what brings you in today?” When I explained that I simply wanted to speak to the mother of the deceased, he said, “That’s noble. That’s very noble.”

When I retired, I tried to contact the woman, discovered she moved (or passed away), and I did not pursue it further.

The post You’d be surprised to learn what a cop experiences during a fatal encounter appeared first on Law Officer.