LOUISVILLE, Ky. – A 29-year-old Kentucky man with a history of being declared incompetent to stand trial—following allegations of sexual assault and other crimes—is now accused in a brutal attack on an 8-year-old girl, according to reports.

Authorities in Louisville say Cane Madden, 29, is scheduled for arraignment Monday. The suspect was arrested early Saturday after reportedly whacking the child in the head with a shovel, fracturing her skull, then raping her.

“Well, there’s only one kind of prayer you can send. It’s ‘Lord have mercy, and Lord send the angels to watch over her,’” Ruth Watkins, a neighbor of the child told WDRB. “Oh, it was a hurting, paining feeling going through my heart to know that something like that would happen on this street.”

“Oh, it was a hurting, paining feeling going through my heart to know that something like that would happen on this street.” 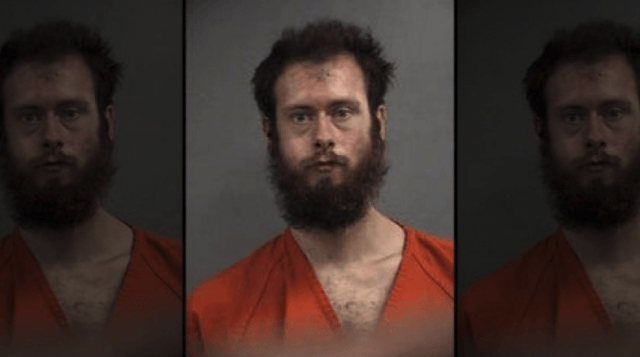 Cane Madden, 29, with a history of previous assault cases that were dismissed, is now accused of assaulting and raping an 8-year-old girl, authorities say. (Louisville Metro Corrections)

After police were called to the city’s California neighborhood around 4:30 p.m. Friday, the girl was taken to a hospital, where she was treated for a fracture on the right side of her skull, multiple cuts and traumatic injuries that suggest sexual assault, according to the report.

Authorities say Madden was seen in the area before and after the assault, and he admitted that he had knowledge of the incident when stopped by officers. LMPD says Madden confessed “intimate details” of the assault with the shovel as well as the sexual assault.

Details about how the man came in contact with the child were not disclosed.

The Kentucky man was arrested shortly after 1 a.m. Saturday and was being held on $1 million bond, the Courier-Journal reported.

Madden was accused of at least one previous sex crime, WDRB reported. In that 2017 case, according to police, Madden “bit the victim on her face above her left eye, removing a large chunk of the victim’s face.”

The charges in that case were dismissed after a judge found Madden incompetent to stand trial, the station reported. Madden has also seen other assault cases against him dismissed, according to the Courier-Journal.

The post Kentucky man accused of raping 8-year-old girl after hitting her in head with shovel appeared first on Law Officer.