Germano was fired from his prestigious post last month. In addition to felony probation, the 59-year-old must also attend a year of sex offender counseling, and forfeit any devices that contained images or videos depicting child pornography, KTLA reported. Moreover, he will be required to register as a lifetime sex offender.

The hospital said in a statement that Germano, who worked in scientific computing with no contact with patients, did not report his arrest to hospital officials. 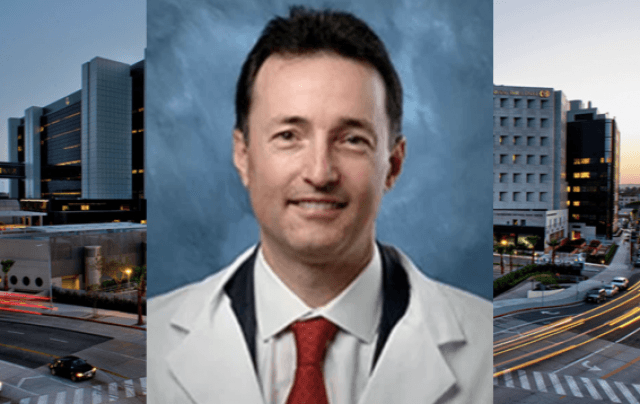 Guido Germano is seen in a photo on Cedars-Sinai hospital’s website. (Via KTLA)

Germano was fired from Cedars-Sinai on Aug. 1, according to a written statement from a hospital spokesperson.

Cedars-Sinai only learned of the allegations against him upon reading a statement the DA’s office released on July 31, according to the hospital.

Germano worked as the director of the Division of Artificial Intelligence Medicine at Cedars-Sinai Medical Center in the Beverly Grove area of Los Angeles. Furthermore, he was on the editorial board of three medical journals, KTLA reported, citing a recently removed biography from Cedars-Sinai’s website. Two of the boards included the American Society of Nuclear Cardiology, 2012, and work as a fellow for the American Heart Association, 2001.

The disgraced ex-director could have served a maximum sentence of three years and eight months in state prison, so he should view probation favorably.